Honey Bees Return Home to where their hive was. The beehive thrived and had to be moved to the farm, some honey bees returned. 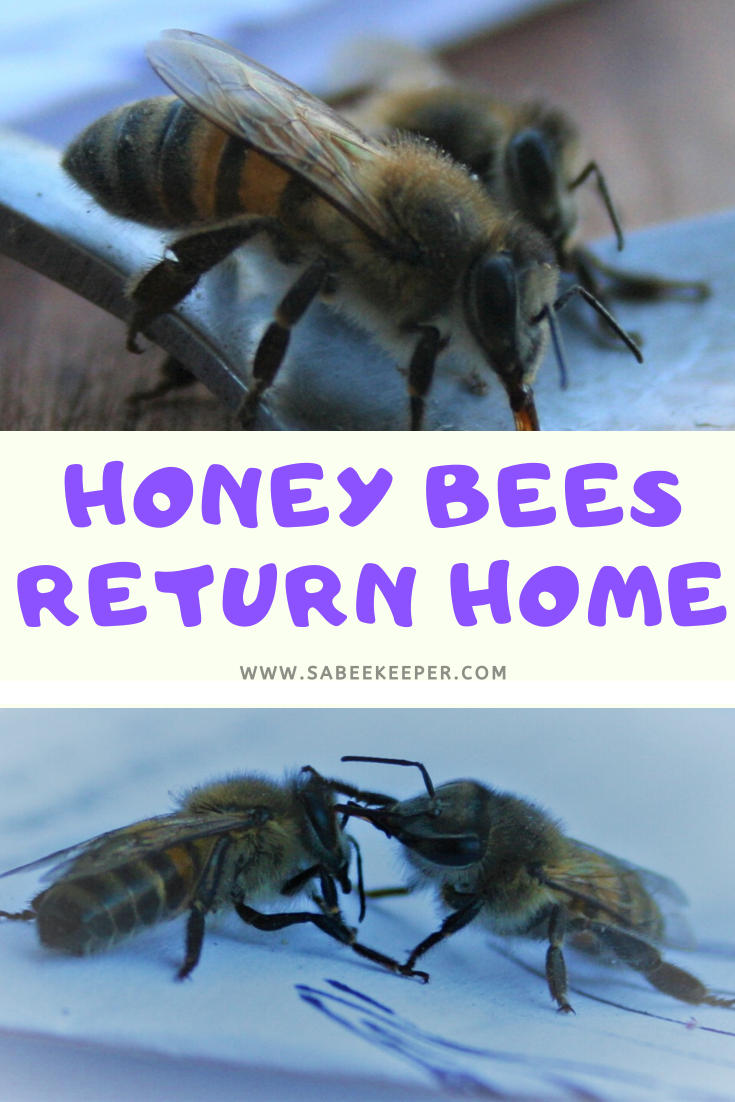 The swarm was a rescue swarm from a tree trunk, they grew so well and had plenty of food. The beehive was placed at home for observation until they grew big enough to relocate.

About 17 honey bees returned and just sat on the site the beehive brood box was, very tired. Sat in the sun to get warm and replenish their energy.

It is believed to be about 8 km, a straight flight for the bees to have flown.

I provided them with some of their honey and they came and drank it and their energy was quickly restored. 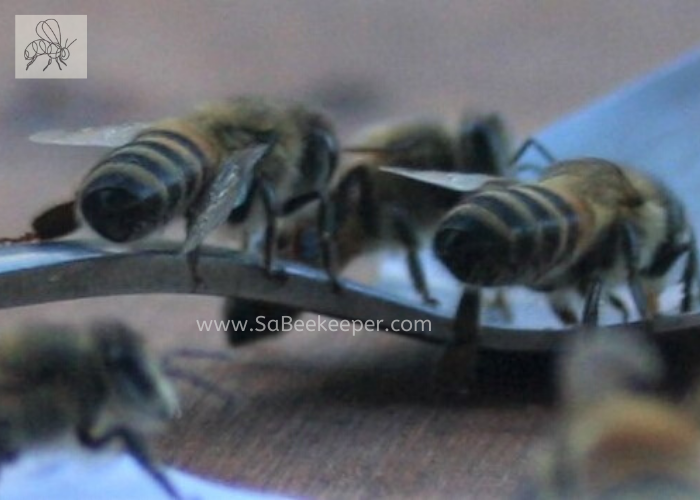 A few at a time came to drink from the teaspoon. Others all over the place just hanging on exhausted. 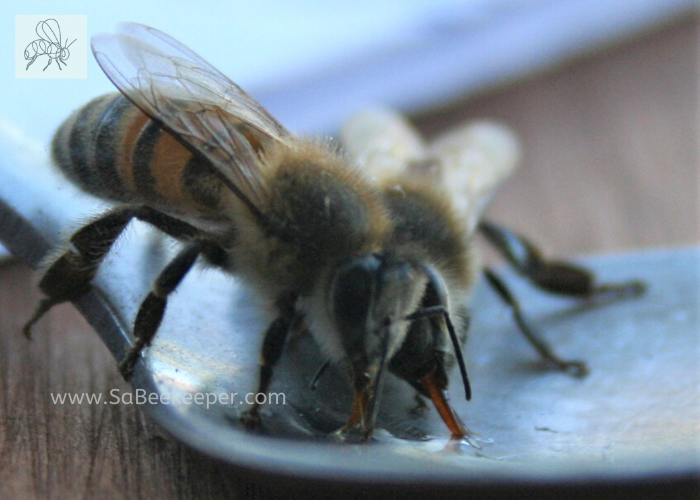 Note those proboscis, drinking up the honey. Hairy thorax and those legs and hairs on them. Big eyes on the side of the head and their feelers on the front of the head. 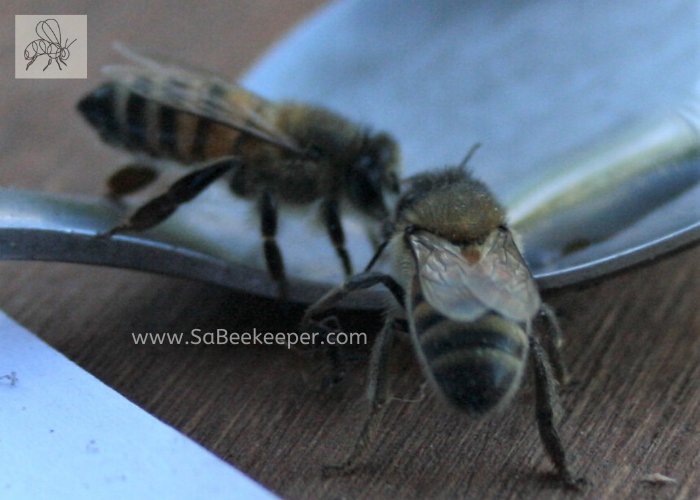 As they were full they moved away and others came to drink. 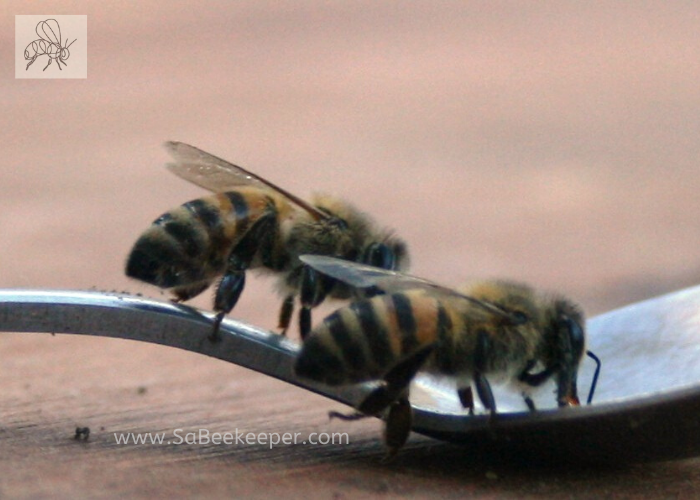 Very tired and thirsty honey bees. They came a few at a time, when they realized there was something to drink. 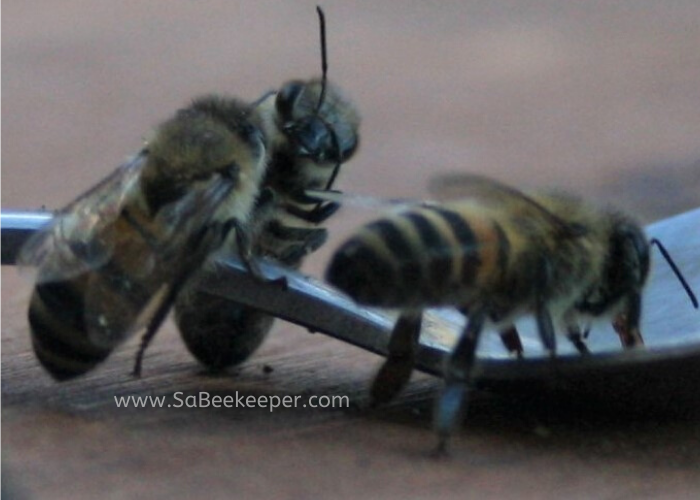 Some of them had a word with each other, the worker bees. They are the bees that would normally go out to seek food, like nectar and pollen. Normally they would first fly around their hive and take note where they are, but some were just zooming out of their hive when they were at home. Then didn’t get to see that they had moved. 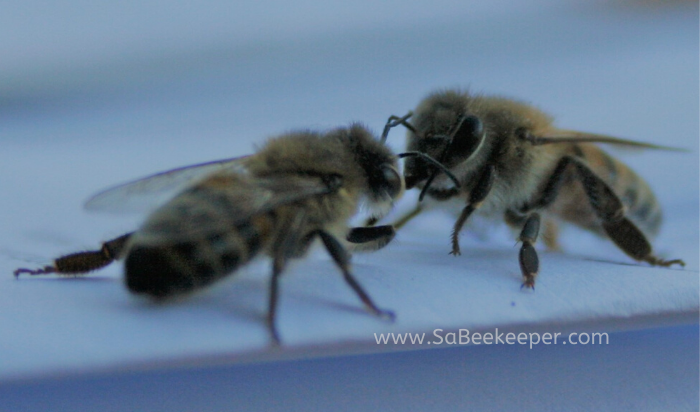 When they were finished they started grooming each other. 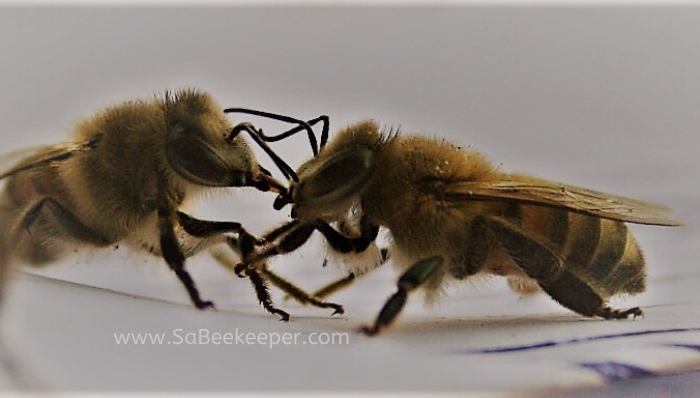 Grooming their legs and hairs that were probably full of honey. 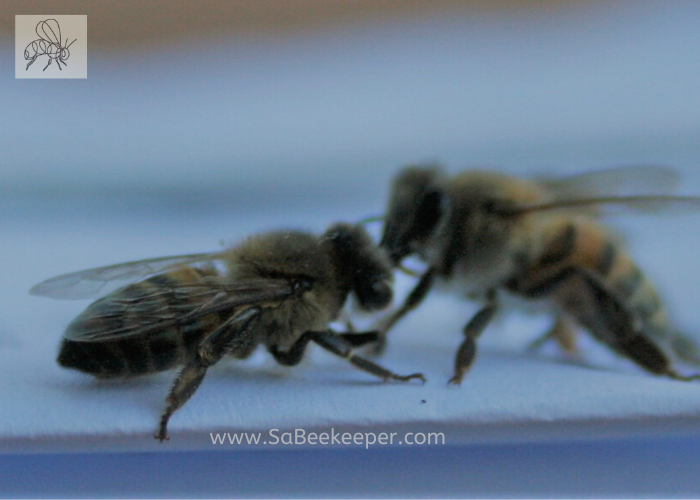 Lots of grooming went on with all the bees, then they went to rest in the sun. 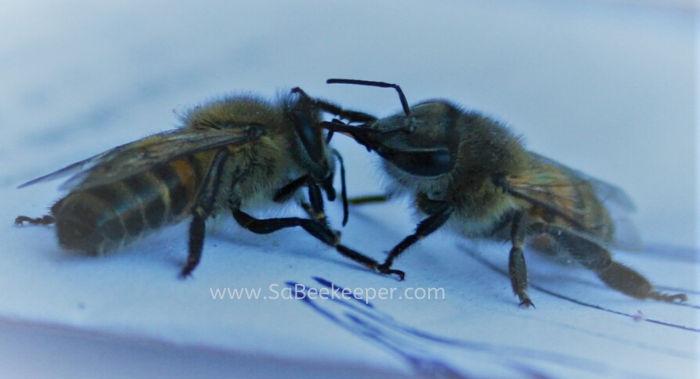 The honey bees were taken back to the beehive where they were place, but still some returned the next morning. I guess they didn’t take their GPS readings when they left. 🙂