Swarm Rescued and give information to rescue a small Swarm. With pictures with descriptions of what takes place as its done.

This little swarm was spotted at a workplace, hiding under planks. An empty hive was obtained from
The Beekeeper and the swarm gently moved into the box. Queen guards placed on the entrance,
as the queen will decide whether she wants to stay in the box provided or seek another site.

The box gives them shelter and provides frames with starter wax sheets for them to start building combs.

It will provide them with food and able the queen to lay eggs to expand the brood.

This particular swarm tried a few times to flee, but came back as the queen was still in the box.

The queen is bigger than the normal work bee so she can’t get out. They are quite fussy about boxes,
maybe they were on their way to a site chosen for food by the scout bees.

The swarm is taken in the evening to a site suitable for them to forage food and to grow their brood.

We never take from this brood box, as that is their store house.

Supers are placed on top of the box when they have completed all the combs inside and they
are ready to build up.

Swarm arrived and hung under planks. Note how they protect the queen bee.

A box with bees flying and a queen guard on to protect queen from escaping. Although the
normal bees can inter and exit easily.

Once the queen bee is safely in the box the rest of the swarm filter in.

Bees filtering into the box, as they will never leave the queen.

One of the rescue was to go and remove a small swarm of bees that found a hiding place in
the water meter boxes.

They can not read the water meter and the swarms get dangerous around houses. That was
an opportunity to obtain a few more swarms.

Beekeeper would open up the water meter lid. Place a catching box near entrance and try
coax the bees into it or catch the queen bee. Then wait till nightfall for all the bees to enter the hive,
as there would always be other bees out foraging food.

Night time is the best time to move a swarm as they would always all be in the hive.

The entrance of the box would be sealed and then taken to a place where they can obtain food
and water. One would keep a watch to see how the swarm is progressing and eventually the
swarm would be moved to a brood box.

It’s bigger and has 10 frames in, normally a catching box is smaller and has 4 to 6 frames.
Depending on the beekeepers preference. You need a smaller catching box as the bees also
need to keep themselves warm.(if they are a small swarm)

The Beekeeper checking on a catching box. To see if the swarm has made it their home and
to see if they have build wax combs.

Sometimes they do not stay or you have misplaced the queen bee.

Read about another swarm rescue that was in Ecuador. 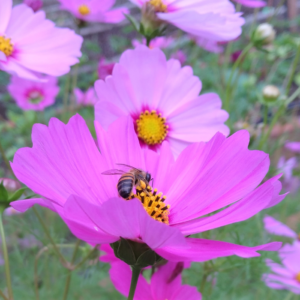 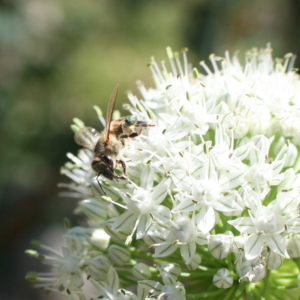 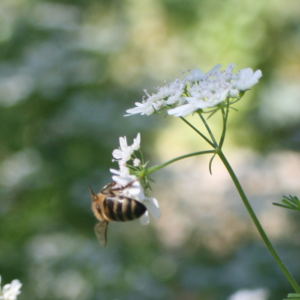