Building of Bee Box Frames tips as well as the wiring and wax inserts of the frames of catching boxes and brood boxes. For a complete bee hive brood box. 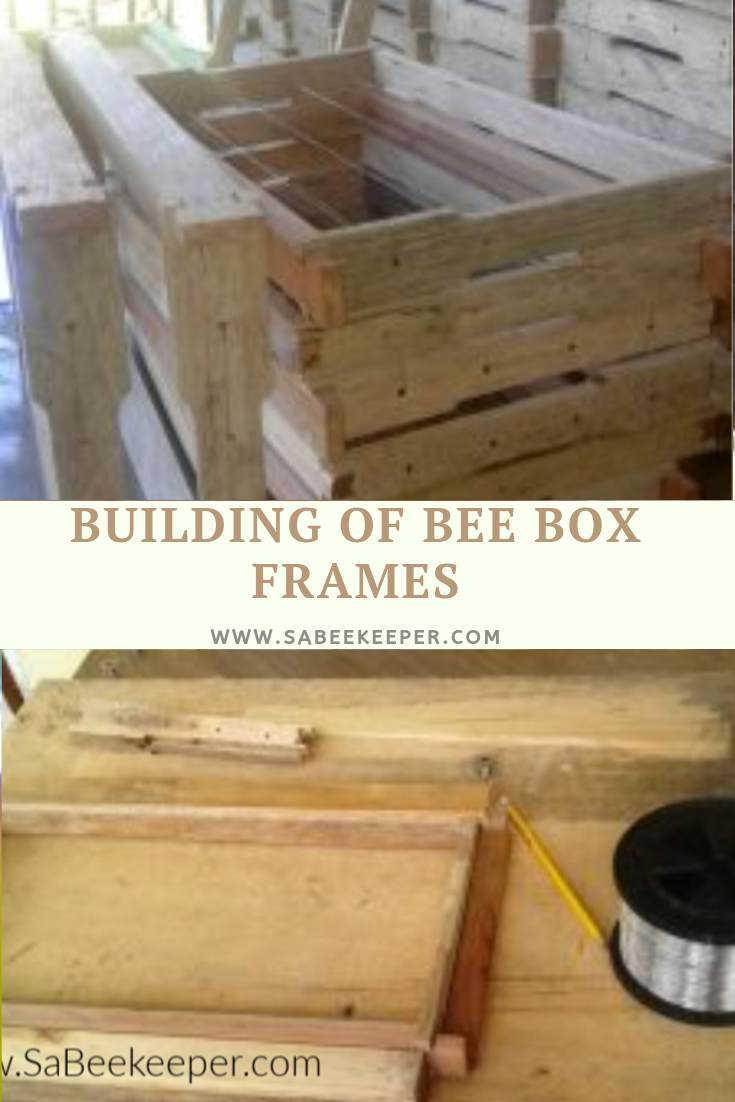 When you have build your frames then the completion of the wiring and wax inserts are next.

Wiring of bee box Frames Board

We made this board to wire our frames on and to keep the frame stable so that we can wire it.

Note the thin wire used that’s on a roll. We placed it on a large nail to keep it in place.

This worked out to be very tricky at the beginning as it would over wind, but  was soon organised
with some elastic or a sock wrapped around the roll to stop the over wind.

A small pliers is handy to pull the wire taught, and through the hole.  I used sewing machine
metal bobbins, as at the time I didn’t have anything else to use. They worked very well.

A brood box frame is larger than a supers frame.

Requiring the frame to be wired with four wires. You can use the copper eyes in the holes to
prevent the wire pulling into the wood.

But we managed to do it without the eyes as the wood was a lot harder. Softer wood would
probably require the eye lets.

Although once they wired you never work with them again until a repair is needed.

Pulling wire through the frames holes. 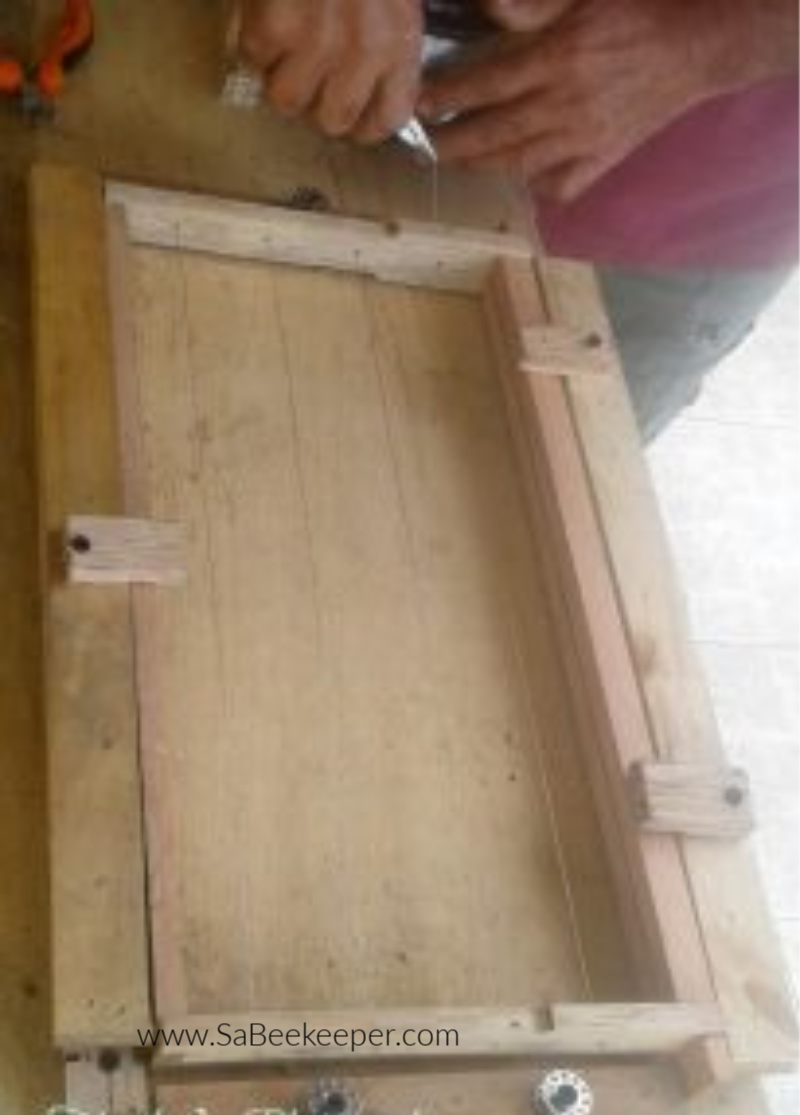 Some wired frames, waiting to have wax placed. 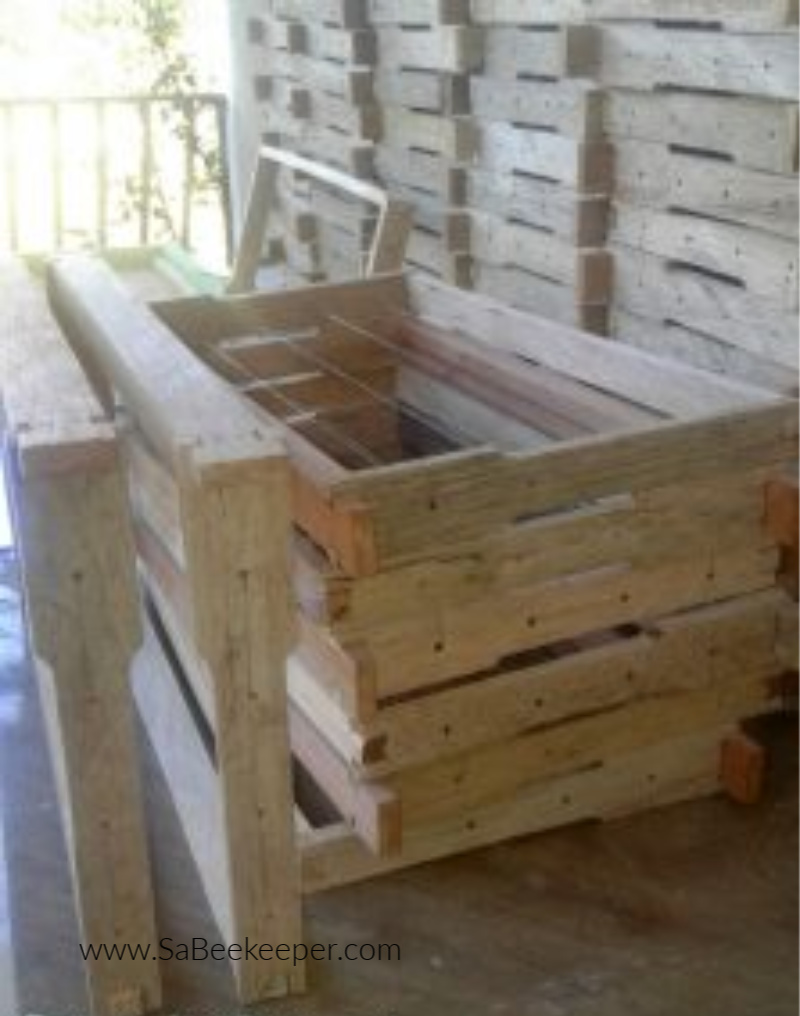 We made our own frames, wired them and then cut sheets of wax bought to strips.
Placed them in the slots in the frames, then waxed them to stay in with melted paraffin wax. 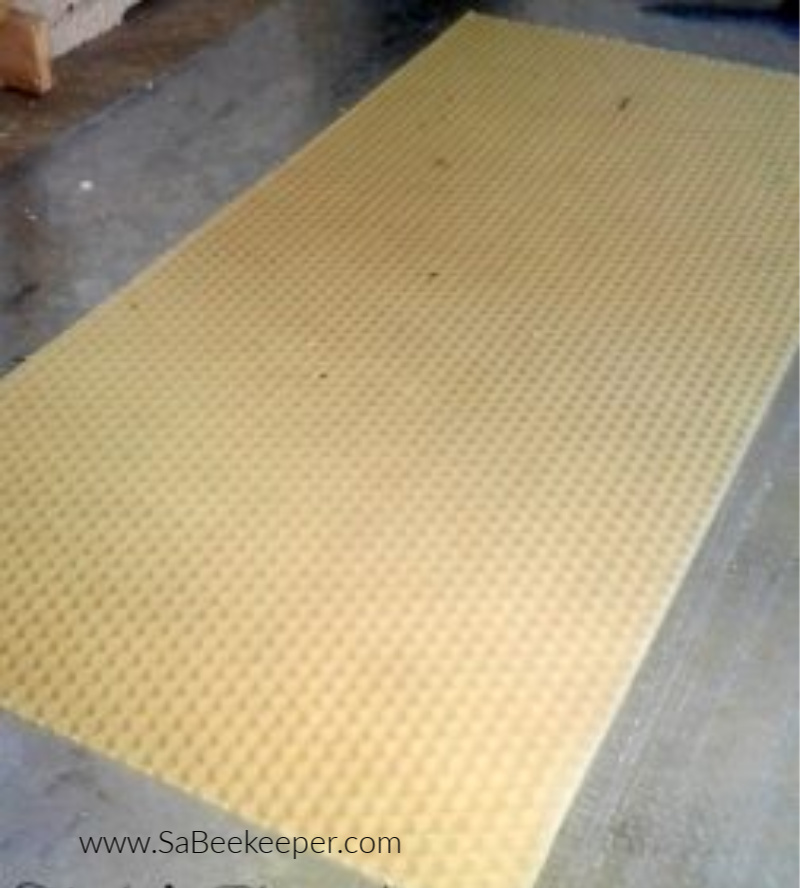 This is a sheet of wax for the frames. We normally insert a hole sheet if its required.

The bees might not have a good food source so this is very helpful for them to start creating a wax comb.

This saves them a lot of wax and time building cones from scratch and this is particularly
helpful when it’s in the brood box then they won’t build combs that go across and everywhere.

This will guide them to build straight down. Then when you require to remove bad wax combs
from the brood box, it will be simple and  easy. 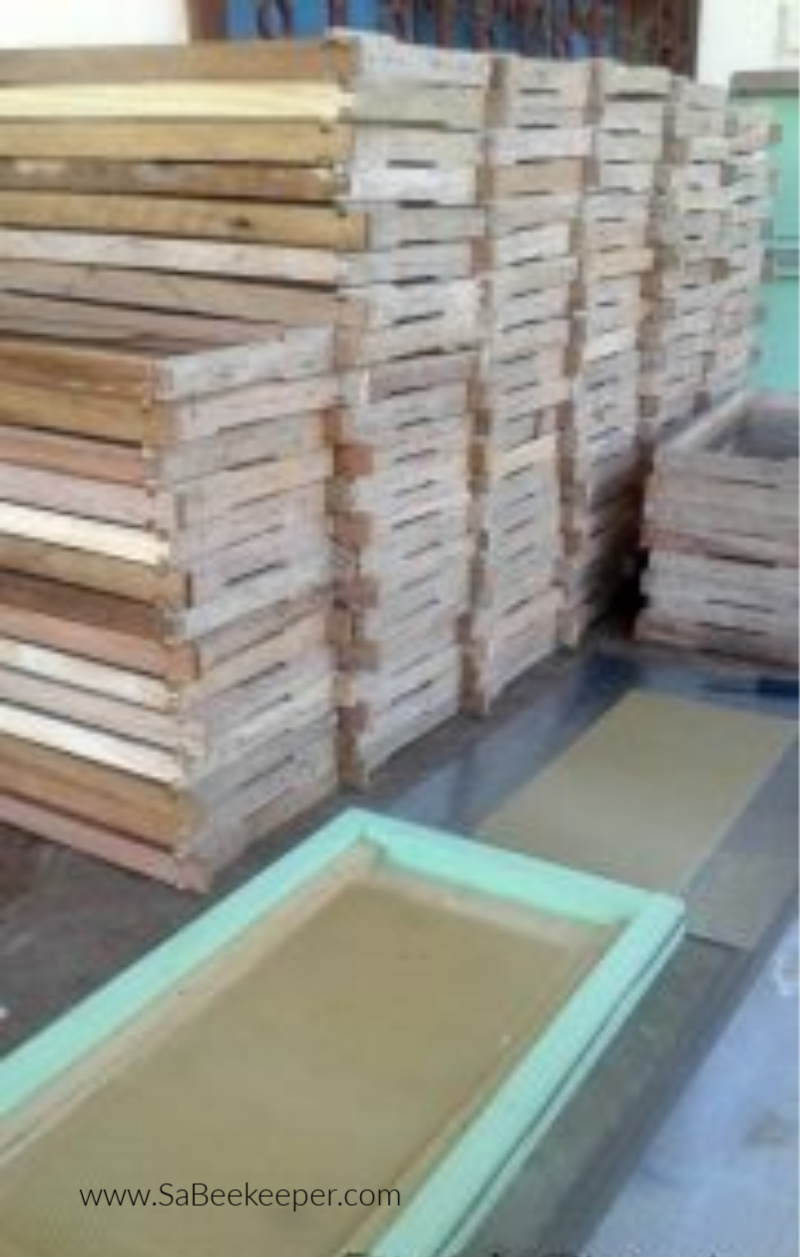 A couple of frames that have already been completed with a piece of wax strip.

How to place wax in frames

Note the slit in the bottom of the frame that will fit the wax sheet in. This is busy having a
piece of wax strip placed in the slit. 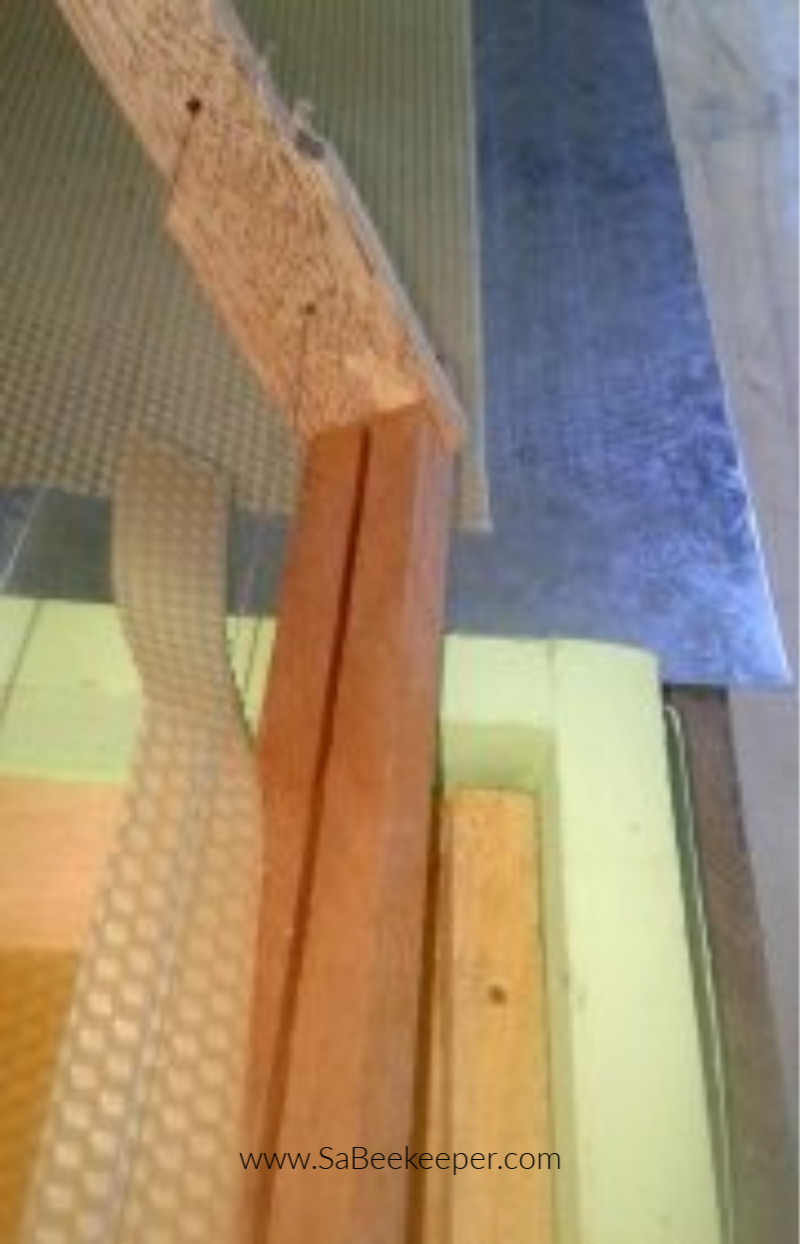 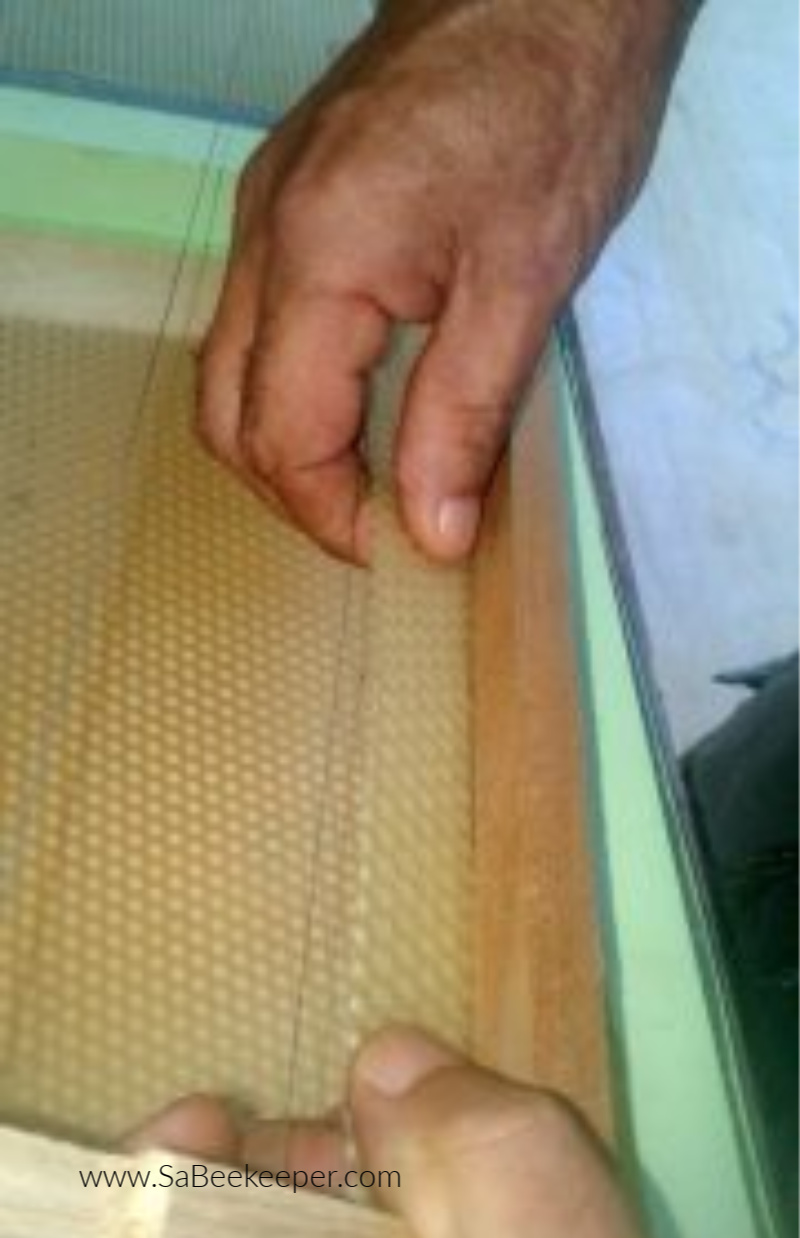 A wax strip now fitted into the frame. Fitting and pushing it gently in. 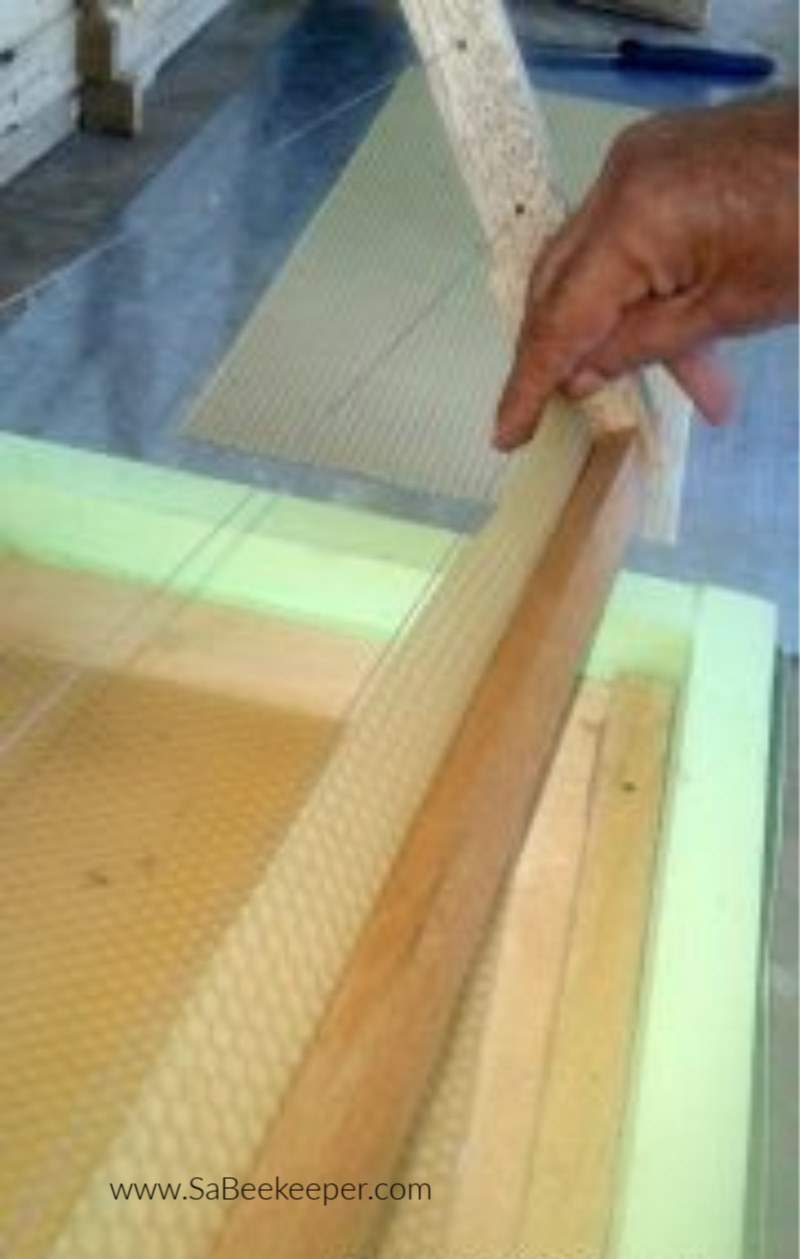 A sheet of wax and a frame that is fitted with a strip of wax.

The large wax sheet, and note the piece of wax fitted to the frame.

The frames are stacked in this easy way for the next step to heat up paraffin wax and pour
into the slit to secure the strip so that it doesn’t fall out when moving boxes or when it stands
in the field in its box. 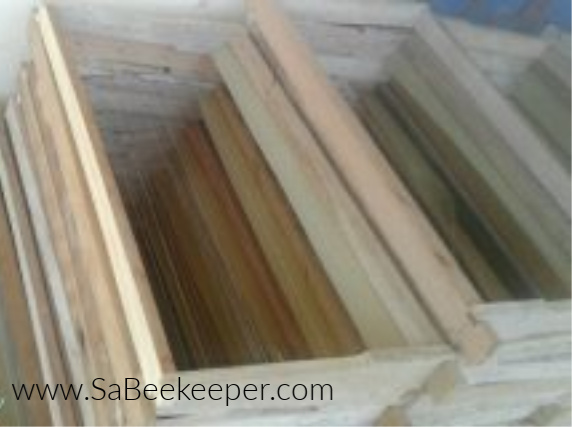 These are a few catching boxes ready to be placed out in the fields to catch swarms.

They are normally smaller than a brood box for swarms to keep warm and for them to build
their combs. They have to start from scratch, then they are placed into a brood box once they
get to be a large swarm, and when they have build up their was combs. 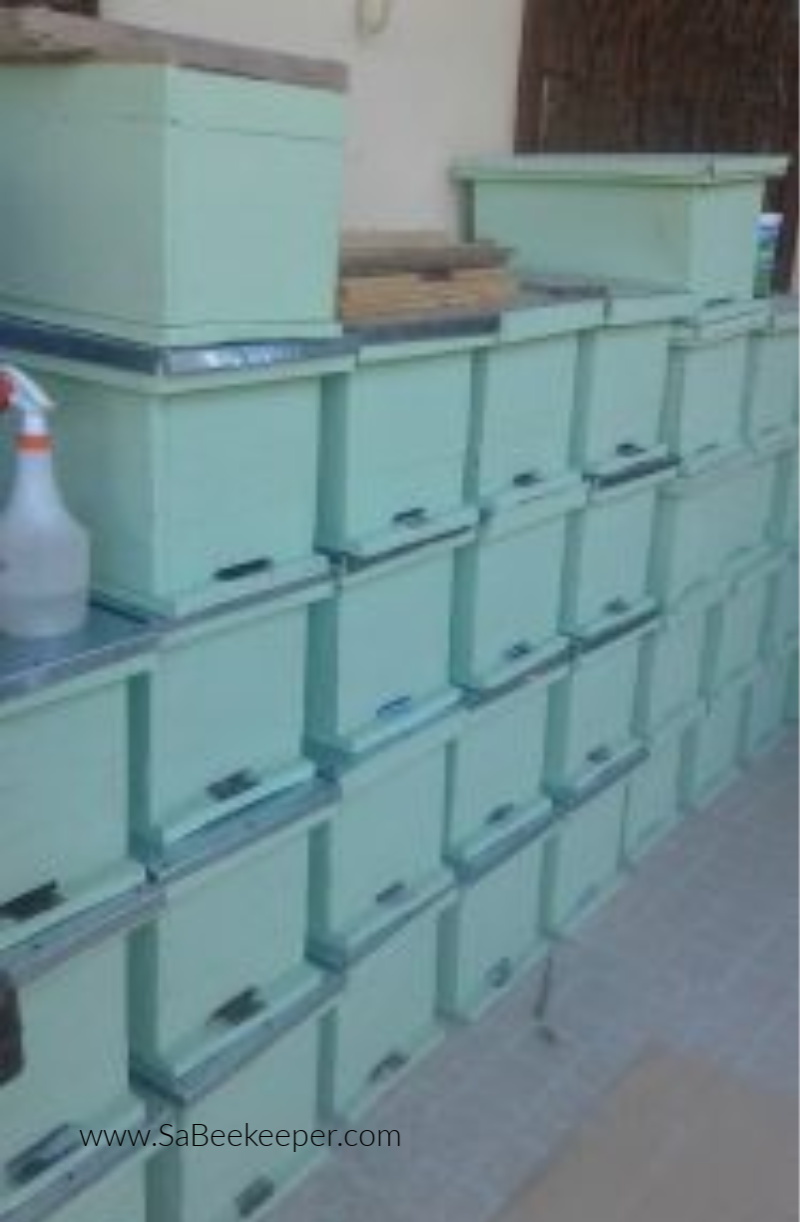 A Catching Box Out.

They should be placed where there is a lot of flowers that would attract a lot of bees. 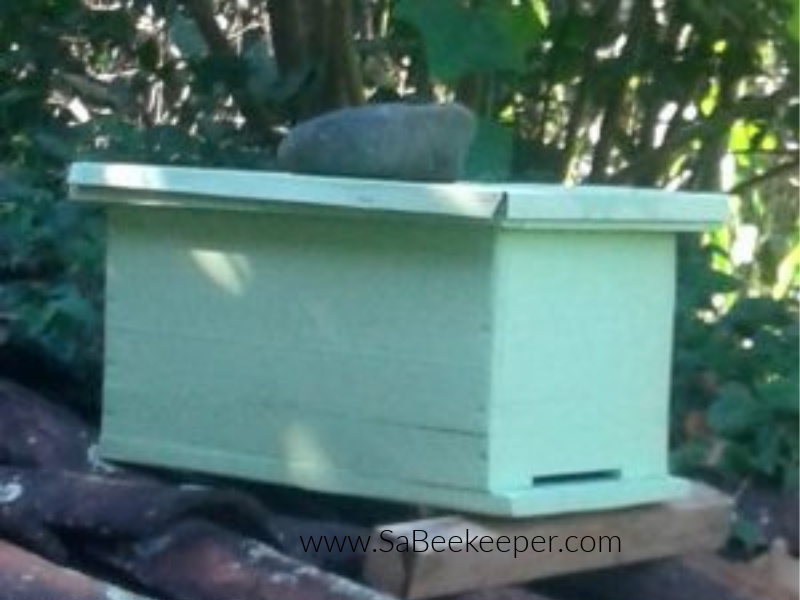